“Economic and social factors such as income, housing and education affect our health, regardless of the decisions we make as individuals. Bringing together people who have positions of national influence in Congress, the federal government, Hispanic advocacy organizations, direct service providers and the media, allows us to unite our efforts, share experiences and ideas to motivate positive changes that can lead to greater health equity for Spanish-speaking communities in the US,” said CEO of HCN/La Red Hispana, Alison Rodden. 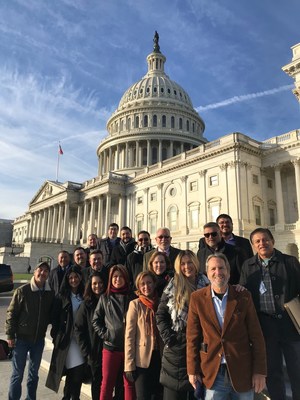 Media Retreat participants had the opportunity to visit the Mexican consulate in Washington DC, where they learned first-hand about the successful Ventanillas de Salud program that serves millions of Mexicans in the United States, as well as direct service providers Mary’s Center and the Latin American Youth Center in Washington, DC.